A Nice Side Dish: Pattypan Squash

One of the foods I look forward to the most at the farmer's markets each year is Pattypan Squash or "Pattypans."  Usually found in both yellow and green varieties, they taste pretty much like regular zucchini and summer squash except sometimes a little sweeter.  They're uniquely shaped like an acorn and look like a flower with petals when viewed from the top. 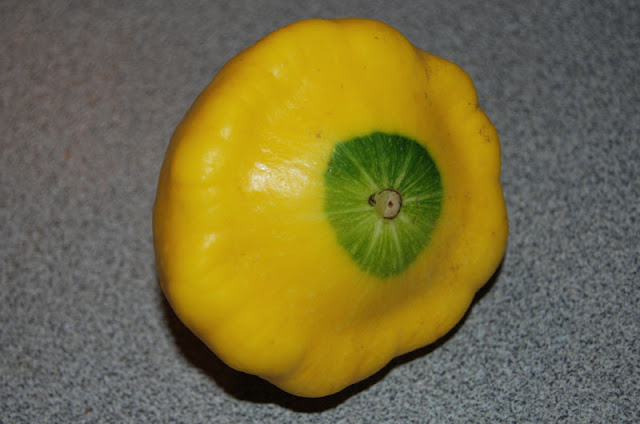 I've seen them as small as 2-inches wide and as large as a grapefruit.  The small ones can be halved for cooking or even cooked whole while the larger ones are best sliced or cubed.  They can be cooked pretty much the same as ordinary summer squash and zucchini.  Here's my favorite way of preparing them:

1) Tear-off about a 36 inch (1 yard) long piece of aluminum foil (or as far as your arms can reach comfortably).  Fold it in half end-to-end once, dull sides together.  Fold it in half end-to-end again.  Neatly crimp both sides so that you end-up with a pocket with the widest-side being open.  If using heavy-duty foil, you'll only need half of it and can get away with a single fold.

2) Slice your pattypans into 1/2-inch slices or chunks.  Optionally, slice a half of an onion into large petals or seed and juice one tomato and cut into large chunks.

3) Place vegetables into the foil pocket.  Add a teaspoon of olive oil, some salt and freshly ground black pepper.  If you like, add some chopped herbs such as basil, thyme, oregano, or parsley. 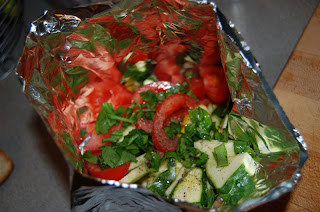 4) Crimp the final side of the packet neatly, making it as airtight as possible.  Moosh (that's a technical term) the veggies around gently inside the packet to coat them with the oil and seasoning. 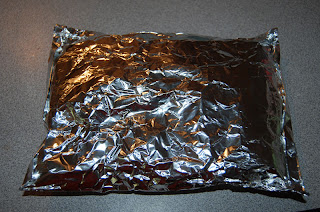 5) Place packet directly onto the grate of a hot grill or onto the rack of a 350 degree oven.  Allow to cook on one side 7-10 minutes.  When you return, the packet should have puffed-up.  This is good--it means that the veggies are steaming.  Using a pair of tongs, turn the packet over so that the veggies cook evenly and don't burn on one side.

6) Cook another 5-10 minutes.  The veggies are done when you press gently on the foil packet with the tongs and you can feel that the contents has begun to soften.  Remove from the grill before completely soft.

7) Immediately open the packet with a knife, being careful to not to burn yourself on the steam.  Pour into a serving bowl and enjoy. 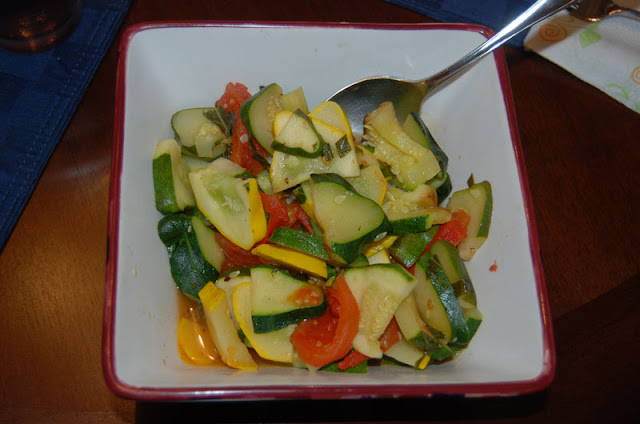