A couple weeks ago, my co-workers and I went out to Whole Foods to get lunch.  While there, one of the guys picked-up a "Chipwich" from the bakery. 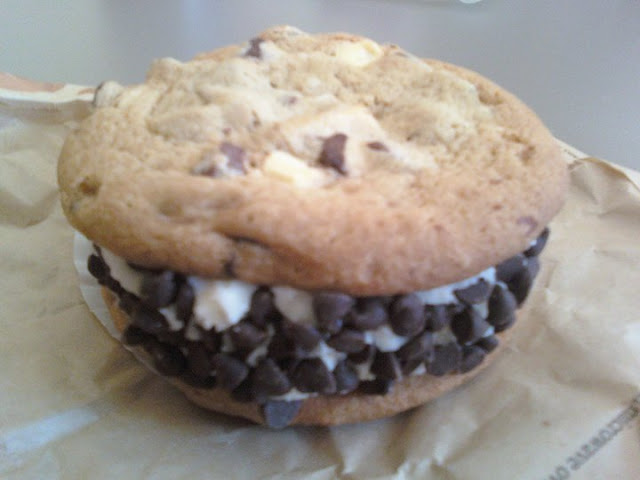 The darned thing looks all innocent enough until you figure out that that's not ice cream.  It's about an inch and a half of buttercream frosting.  According to the sticker (which may or may not be accurate), it weighs-in at a third of a pound.  That means we're probably talking about a whole stick of butter just in the frosting.

Of course, when we went back yesterday, I had to try one.  They're only two bucks (which is a steal for Whole Foods).

I can only say that it's every bit as sickeningly sweet as you'd think it'd be.  I love frosting but this dessert is just a little too over-the-top.  I managed to get maybe 1/2 of it down in one sitting and shared the rest with friends.

Total recipe for a stomach ache...
Posted by Justin at 6:58 PM