And the Seed Starting Begins

We've had a rough winter here in Southern New England...certainly one of the most continuously snowiest in my lifetime.  So it should be of no surprise that I'm ready for spring and the gardening work that will come with it. 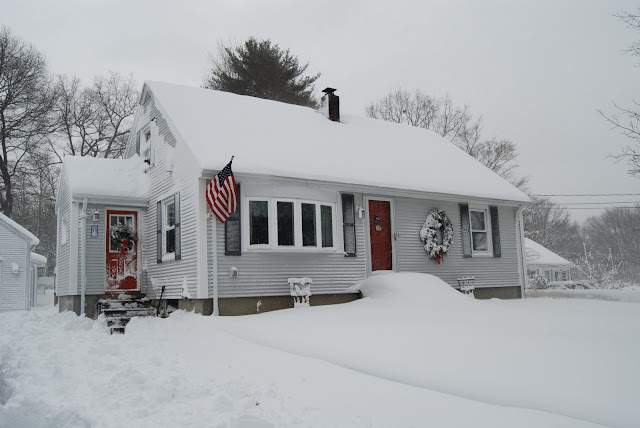 This is going to be the first spring and full summer in our new house and I'm hoping to be able to open-up land for a full row garden this year.  I'm also hoping that the more stable temperatures inside the house will allow me to have better luck with starting veggies from seed.

This year, I chose seeds from a couple of sources.  Many are coming from Burpee and the other commercial seed houses because of some gift certificates to local stores that I received for Christmas.  For variety and uniqueness, I ordered quite a few seeds from Johnny's Selected Seeds in Maine.  I'm also happy to report that I was able to do some seed saving last year and those seeds are sprouting and doing well.  I'm hoping that this year I'll be able to continue that practice. 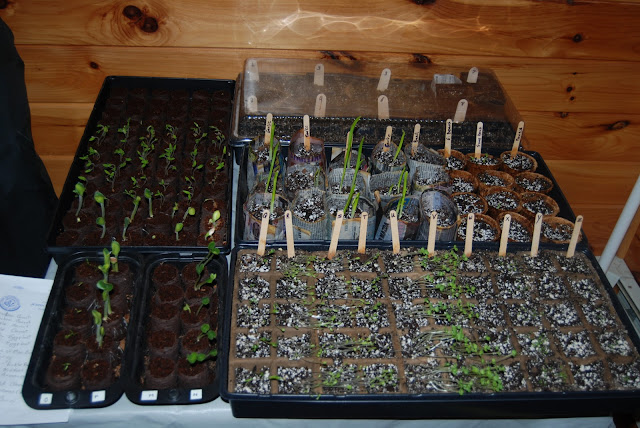 In addition to having difficulty with the growing conditions in our old home (too cold, too hot, not enough sun), I've also battled various containers and growing mediums.  This year, I'm using a combination of store-bought "Soil-less Seed Starting Mix" and some home-made Soil-less mix following the 30/30/30 recipe described by Susy at Chiot's run.  For containers, I'm trying:
In any event, it's been about a week and I'm seeing sprouts on just about everything I've planted except for the peppers, which take a bit longer and like it a tad warmer.  Even the saved seeds from supermarket veggies are doing awesome. 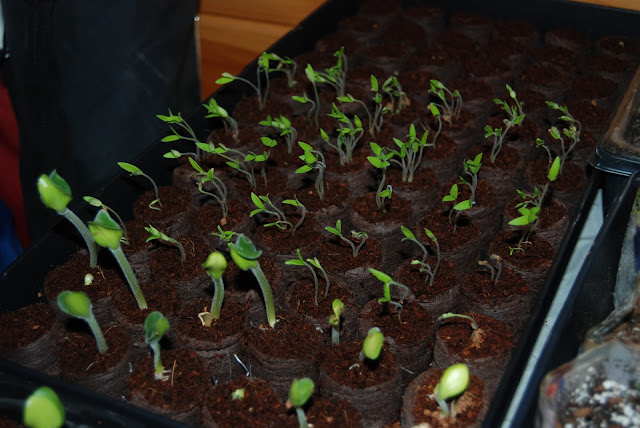