During last weekend's mini farm stand tour, I picked-up about 6 pounds of red peppers for roasting and canning.  The plan was to make this recipe from Chiot's run that was such a success last year. 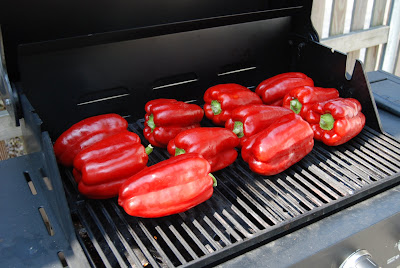 I can't speak highly enough of this recipe, though I will mention one caveat.  The recipe calls for quite a bit of olive oil.  If you've done any canning, you'll know that oil is a big no-no ingredient.  As best as I can tell, adding oil to a canning recipe isn't going to kill you, but oil doesn't stand-up to high temperatures very well.  It tends to go rancid fast under heat or simply from sitting in a warm pantry for too long.  When I made these last year, the jars I opened early were terrific.  The last jar, which I hoarded jealously till late in the winter, turned-out rancid and sadly, had to be tossed. 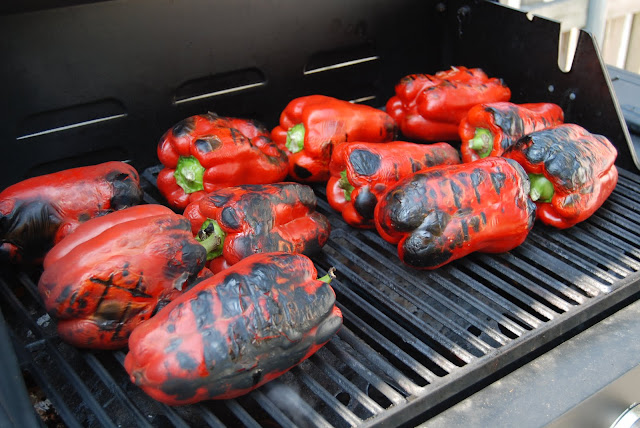 Anyway, the moral of the story is that these won't keep very long.  I suggest keeping them in as cool dark place as you can find in your home--maybe even in a second fridge if you have one.  I have plans to attempt this recipe without the oil at some point but didn't want to risk it with this year's smaller batch.  We had a not-so-great growing season for red peppers this year and I just didn't have the extra to muck with and risk losing. 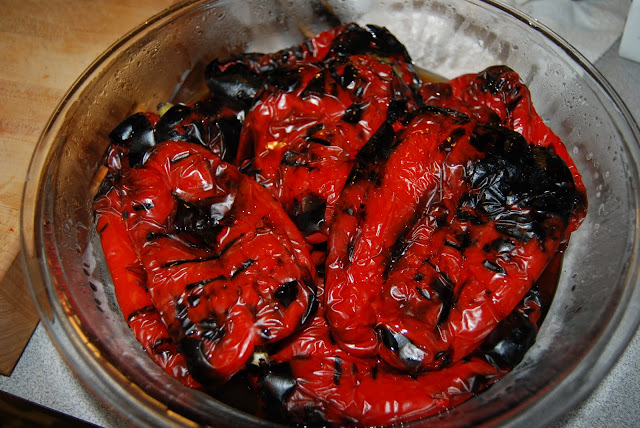