I know I promised that separate posts about last week's weekend of canning would be forthcoming, but then the week got away from me as they sometimes do.  So without further ado, Tomato Jam. 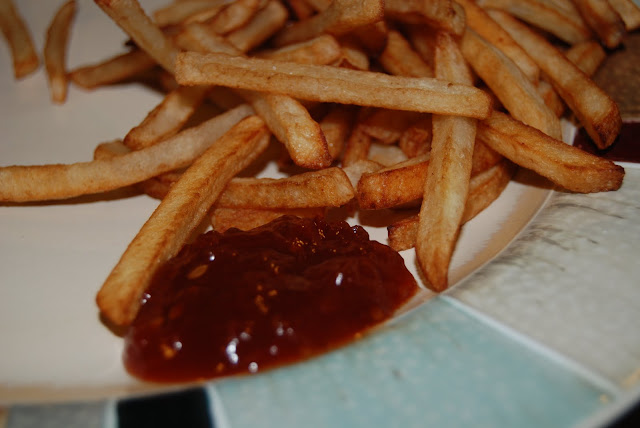 This recipe is my new favorite kitchen trick, plain and simple.  It's rare that an uncommon, old-fashiony (I'm declaring that a word...) preserving recipe tickles my fancy quite like this one has as they usually involve pickling something strange or combining sweet and savory ingredients in such a way that it tastes like something Grandma's generation would have eaten out of necessity and thrift, rather than preference.  I'm hapy that this recipe was an exception.  Thanks to Marisa over at Food In Jars for posting it and thank you to her friend for giving it to her.

You'll find the recipe itself here.

What do I love about this recipe?  For one, its simplicity.  You take about 5 pounds of tomatoes, chop them up roughly (I whirred them in the food processor), chuck them into a heavy pot with a bunch of sugar and a few fairly other common household ingredients, and boil it down till it turns to jam.  That's pretty  much it.  If you don't want to can it, it'll survive in the fridge in very clean, tightly sealed glass containers for quite awhile.

The other thing I like about this recipe is that this isn't your PB&J kind of jam.  This is the kind of jam you'd welcome on savory foods and it wouldn't seem out of place.  The taste and consistency is similar to store-bought ketchup without the vinegary punch.  In fact, the first thing we tried with it, as you can see in the photo above, is frozen french fries.  Yeah...I know.  We're classy folk.

Some thoughts and tips: