Many of you might have seen this recipe floating around on social media over the last few months.  It involves taking a tube of refrigerator cinnamon rolls, unrolling the dough, placing par-cooked bacon on top, re-rolling them and cooking them to the package directions (including adorning them with the supplied frosting).  Yes folks, Bacon Cinnamon Rolls.

I'll pause a moment to allow you to wrap your head around that.  Go ahead.  I'll wait.

Upon finding this gem of a recipe, my co-workers and I were smitten.  We HAD to try them and it became sort of an obsession.  As we continued talking about bacon cinnamon rolls over a number of days, I remembered a post from Chiot's Run awhile back where they hosted a bacon-themed party.  And thus, Bacon Fest was born.

Turns out we were onto a good thing cause International Bacon Day already exists, thanks to some fine folks in a nearby Massachusetts town.

Anyway, I'll stop boring you with talk.  Let's get to the photos! 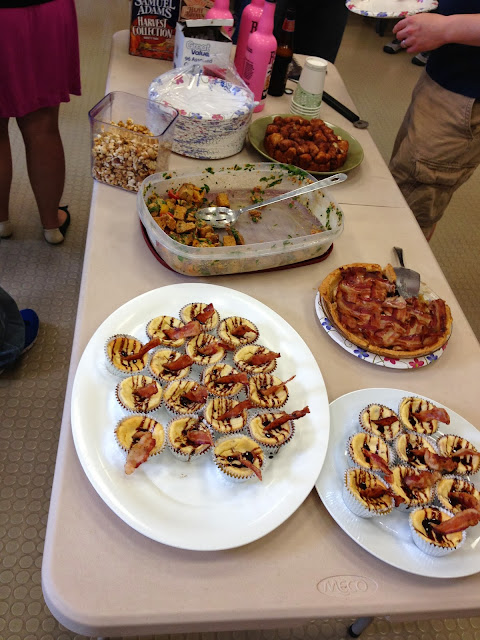 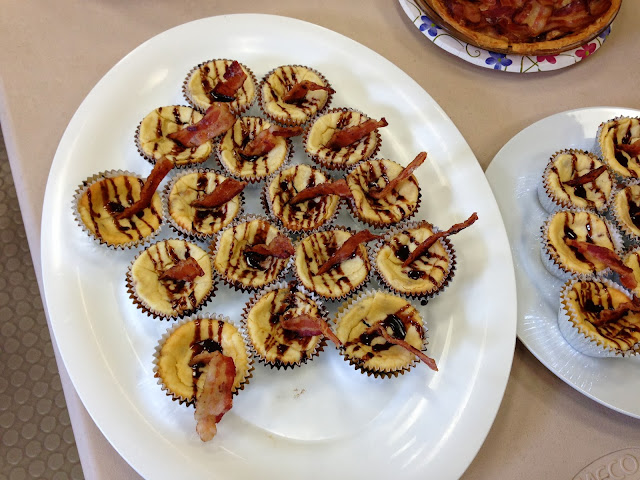 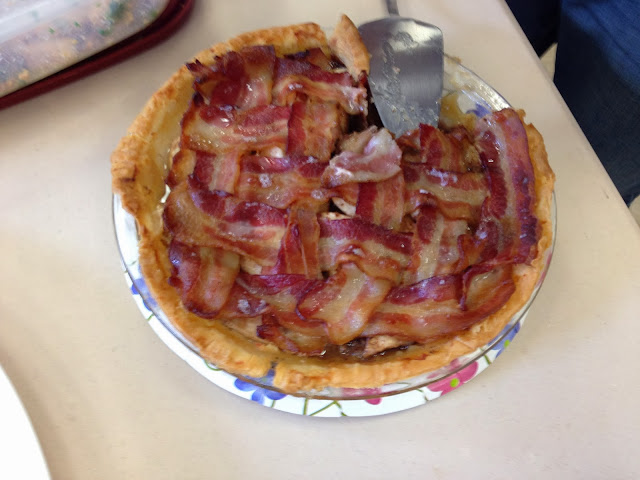 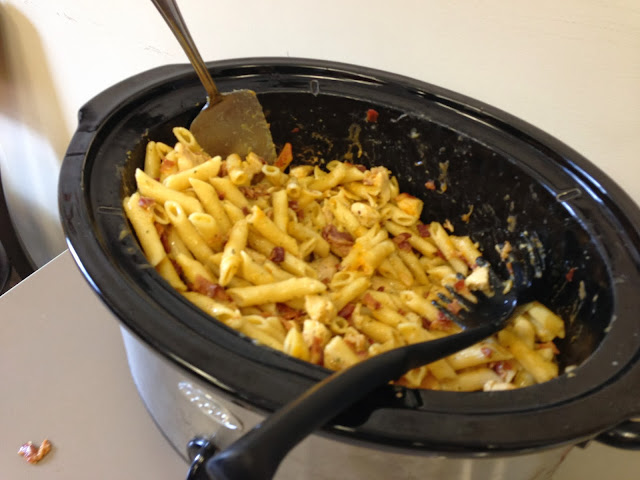