Excerpts From a 1963 Cookbook

My parents were recently doing some cleanup in their Florida vacation home, which was purchased fully furnished, and they came across an item that they thought I might like to have:  A 1963 edition of the McCall's Cookbook. 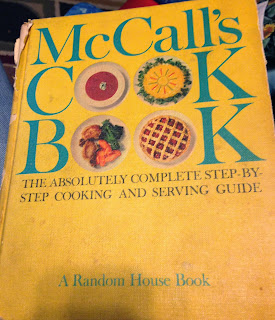 Since it arrived, I've been slowly flipping through the book page-by-page and I'm getting a kick out of a lot of things.  For example, this passage from the introduction:

"It's true that preparing three meals a day remains the homemaker's biggest chore, and one she strives to accomplish with variety, originality, skill, and economy."

"In the old days, the cook stuck her hand in the oven to 'feel' the temperature.  Happily, the modern cook doesn't have to guess at the temperature of her oven, because, in nine cases out of ten, her range has oven-heat control."

Clearly, no man was expected to set foot in the kitchen in 1963.  The kitchen was Mrs. Susy Homemaker's personal office.  My how things have changed.  In my case, the roles are quite reversed...at least in terms of the daily cooking.  And I'm so very thankful for oven-heat control.

Here's another great one: 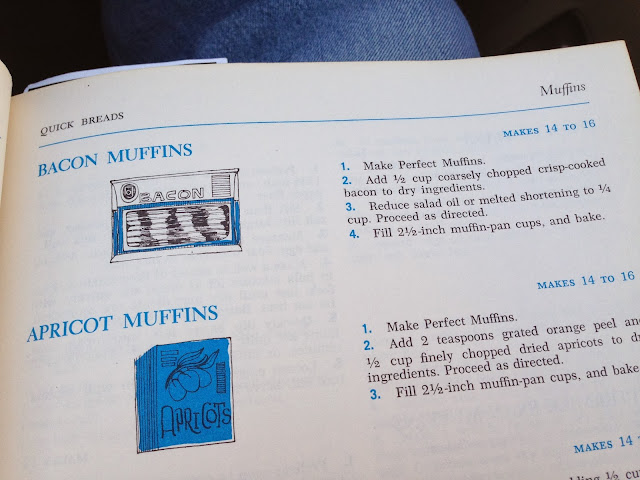 Even in its antiquity, the book is incredibly complete (it literally has recipes for EVERYTHING) and surprisingly relevant.  For example, next to the chapter on measuring, there's a whole section on what tools are essential for the kitchen.  Aside from some modern conveniences designed for the microwave, the list is spot-on and you could easily use it to register for wedding gifts.

I only wish there were head notes for some of the more obscure or International recipes.  It'd be nice to know what the inspiration for the recipe was or what makes it different from a similar recipe a few pages back.

I'll keep sharing cool stuff as I go through the book and I'm sure I'll be sharing some neat recipes as I'm able to try them out.
Posted by Justin at 6:47 PM