I've had my slow cooker since I bought my first condo, so the poor thing is about 9-10 years old.  I didn't pay a lot for it--maybe $25.  It's a basic 6-quart Rival Crockpot brand with a dial regulator with settings for warm, low, and high.  While it has never worked nearly as well as the 1970's avocado green model I found at a consignment shop (I'm kicking myself for not buying the orange/red one I found a week later), it has served its purpose making whole chickens and sitting on buffets.

Unfortunately, you get what you pay for.  The first to go was one of the rubber feet, so it sat at an odd angle on the counter.  Then, I lost the plastic knob on the cover.  That got replaced by a "ghetto fabulous" doorknob. 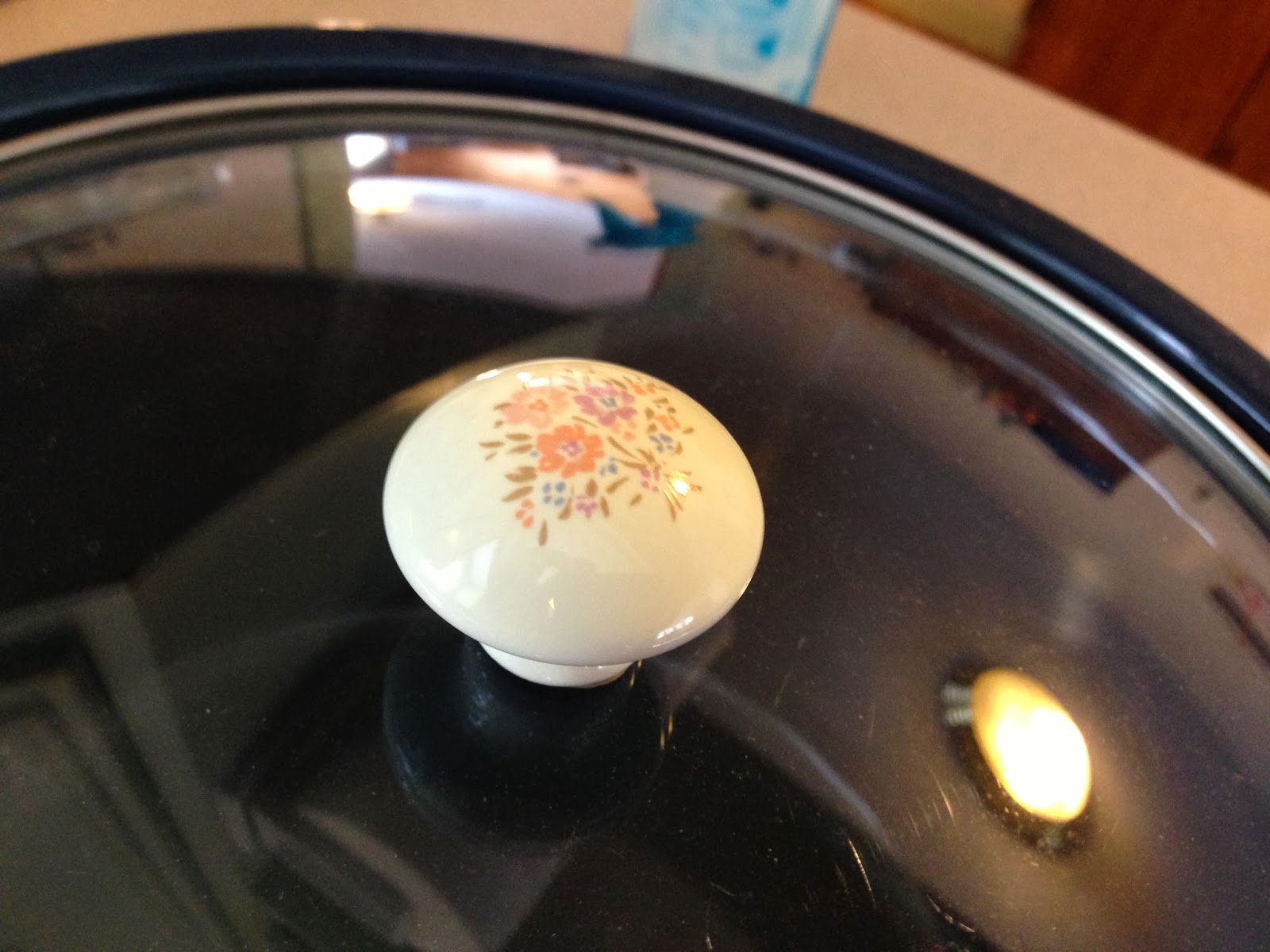 The last straw was when the carrying handles broke.  Now, it couldn't be moved when hot, so traveling to potlucks was out of the question. 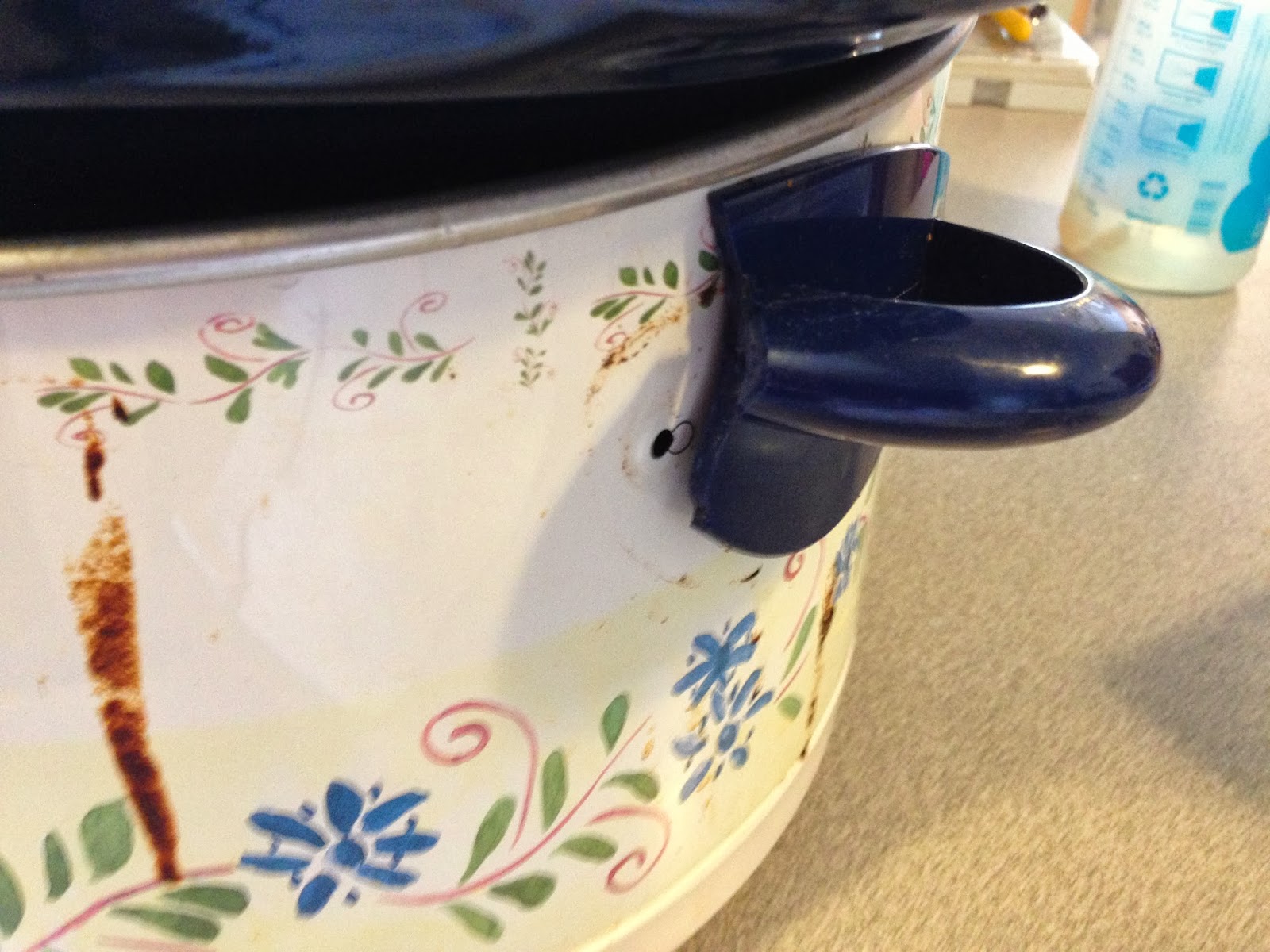 So I started to do some research.  I knew I didn't want another Rival.  They're made cheaply.  I also knew I wanted a built-in timer with a keep-warm setting that kicked-in after the cooking time expired.  I was willing to upgrade to a better model, even if it meant paying upwards of $150.  However, most of the nicer name brands (Cuisinart, etc.) had fancy multi-cookers that were so huge and boxy, they wouldn't be good for travel. Also, I was concerned that a model made to sauté (for pre-browning) wouldn't regulate correctly on the slow-cooker setting.  Most had teflon-coated metal inserts, which scratch easily, and the heavy ceramic crock is part of what makes a slow-cooker heat so evenly and efficiently.

I kept coming back to the Hamilton Beach Set 'n Forget 6-Quart Slow Cooker, which before Christmas was selling for under $50.  It had generally good reviews and a great feature set, including:
There were a few complaints in the Amazon reviews:
I ended-up receiving the pot from my wife as a Christmas gift (Thanks, Honey!) and I'm very happy with it.  So far, I've made red sauce, a whole chicken, the breakfast casserole, and a pot of ham and bean soup (recipe to come soon).  It has worked as advertised and is way more convenient than my old pot.  I highly recommend it. 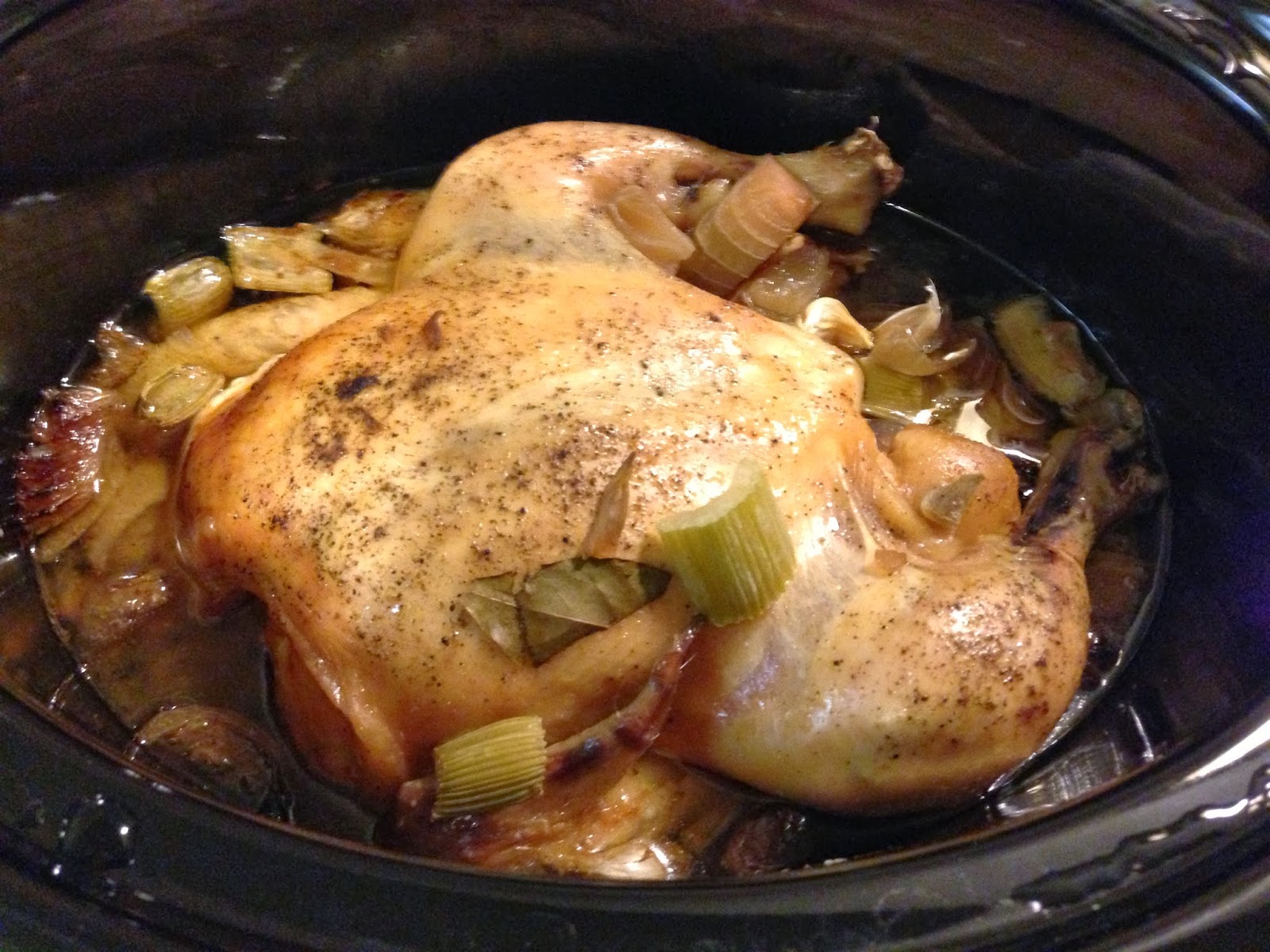