If you've been following this blog for a bit, you know that I'm not really a "bag of this, can of that, package of those, dump-stir-bake" kind of cook.  I'm not above the occasional convenience food--especially for nostalgia's sake, but usually, if I can make something from scratch (and often save a buck), I will.

When my Dad mentioned bringing this Slow Cooker Breakfast Casserole for Christmas breakfast, I was intrigued.  However, I had already planned to make a similar dish, so I turned it down.  Okay, and I'll admit, I was probably trying to be a show-off entertainer for the holiday and didn't want something I hadn't tried to turn-out bad on Christmas morning.  Call me a food snob.  :-)

But it didn't move far from my mind.  I had gotten a brand-new Slow Cooker for Christmas and I've been itching to find atypical recipes for it, meaning not soup, stews, braises, chili, etc.  This recipe fit the bill.  So when we needed breakfast for a work event, I suggested letting the company pick-up the grocery tab and me doing the work. 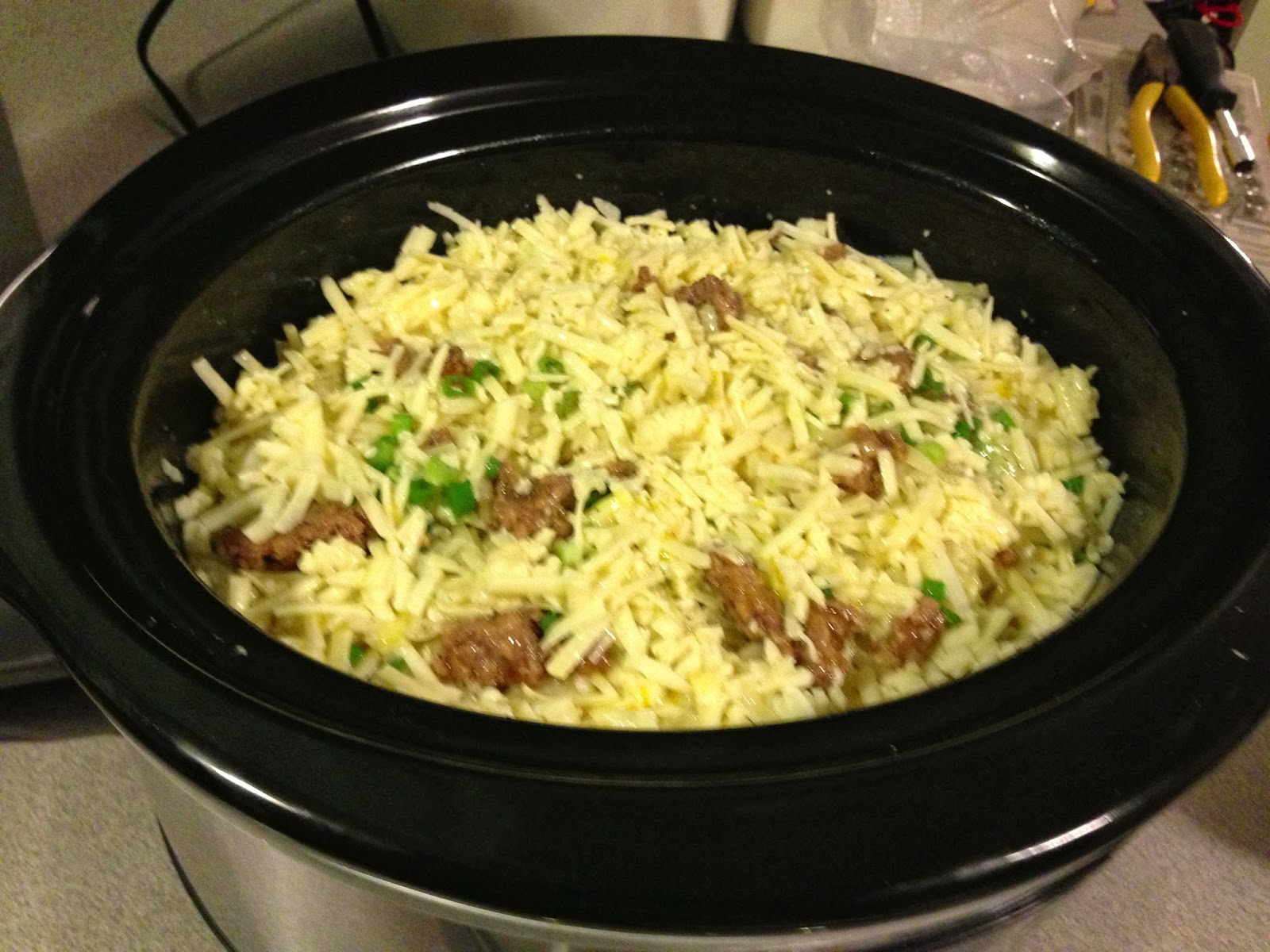 The recipe calls for cooking it 6-8 hours on low, which, if you're sleep-loving person like me, is disconcerting.  What if it's done at the 6-hour mark and I'm still fast asleep?  I hate overcooked eggs, which seemed nearly impossible with this dish even at 6 hours.  Nonetheless, I picked-up all the items, sautéed, whisked, dumped, and stirred and set the timer as directed.

I happened to get up for a bathroom break at around the 5 hour mark and it seemed almost done.  I hemmed and hawed about resetting the timer to end it early, but reading in the recipe that "the sides should brown," I stuck it out and went to bed.  It looked kind of gummy at that point and the sides were pulling away like modeling clay (go cheese!).

This is what I woke-up to (as well as the strong odor of muddled breakfasty goodness). 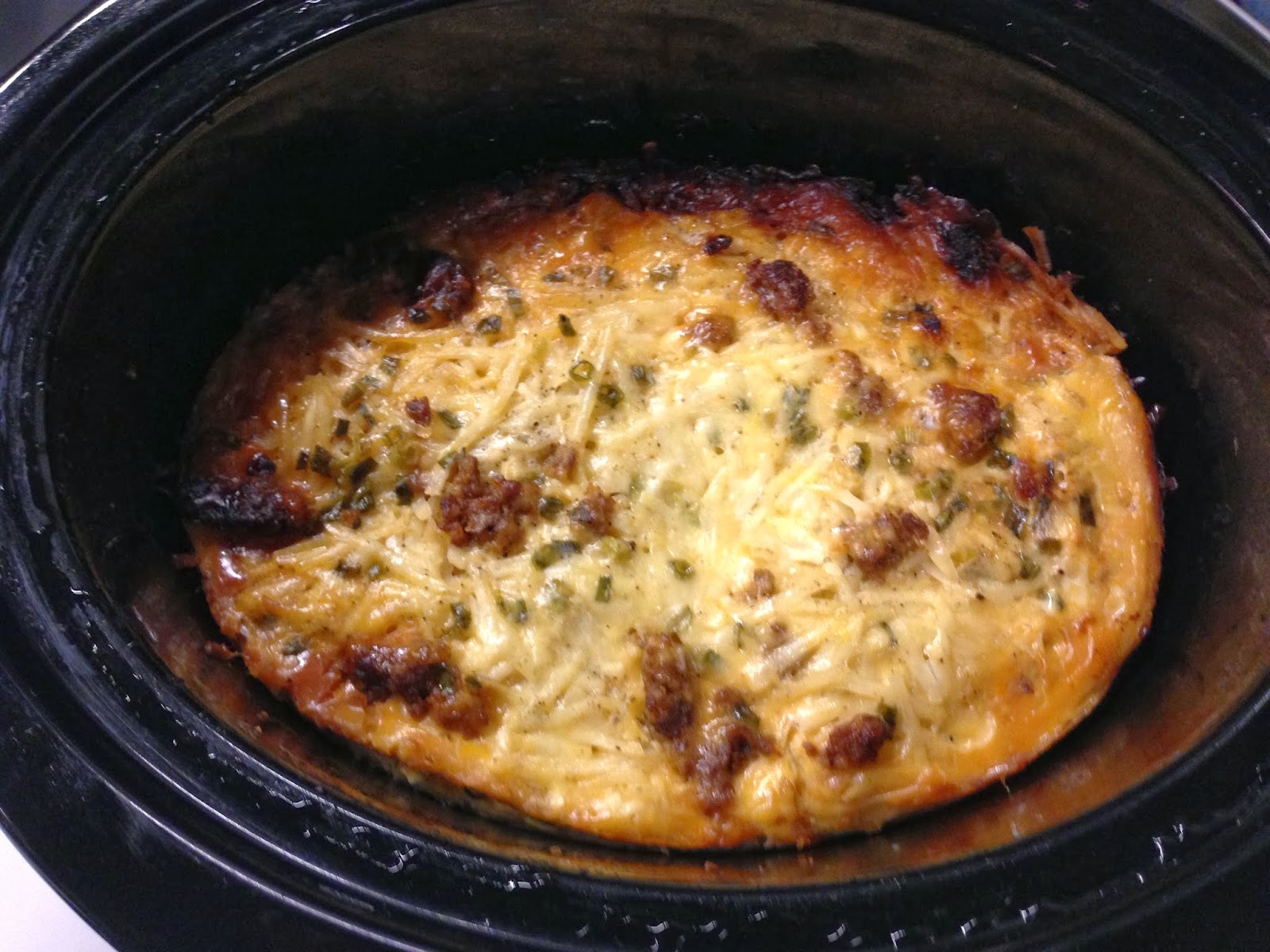 Browned and bubbly, as advertised.  I turned the pot off and trucked it to work.  The guys loved it and ate most of the pot.  The store-bought muffins did not get eaten that day.  There you go.

Some thoughts on the recipe:
Overall, I'd make it again.
Posted by Justin at 1:48 PM