I have a confession to make.  I can turn-out a Thanksgiving feast for 30 people, bake complex desserts and even dabble in candy-making with great success.  However, I can't for the life of me cook dried beans. 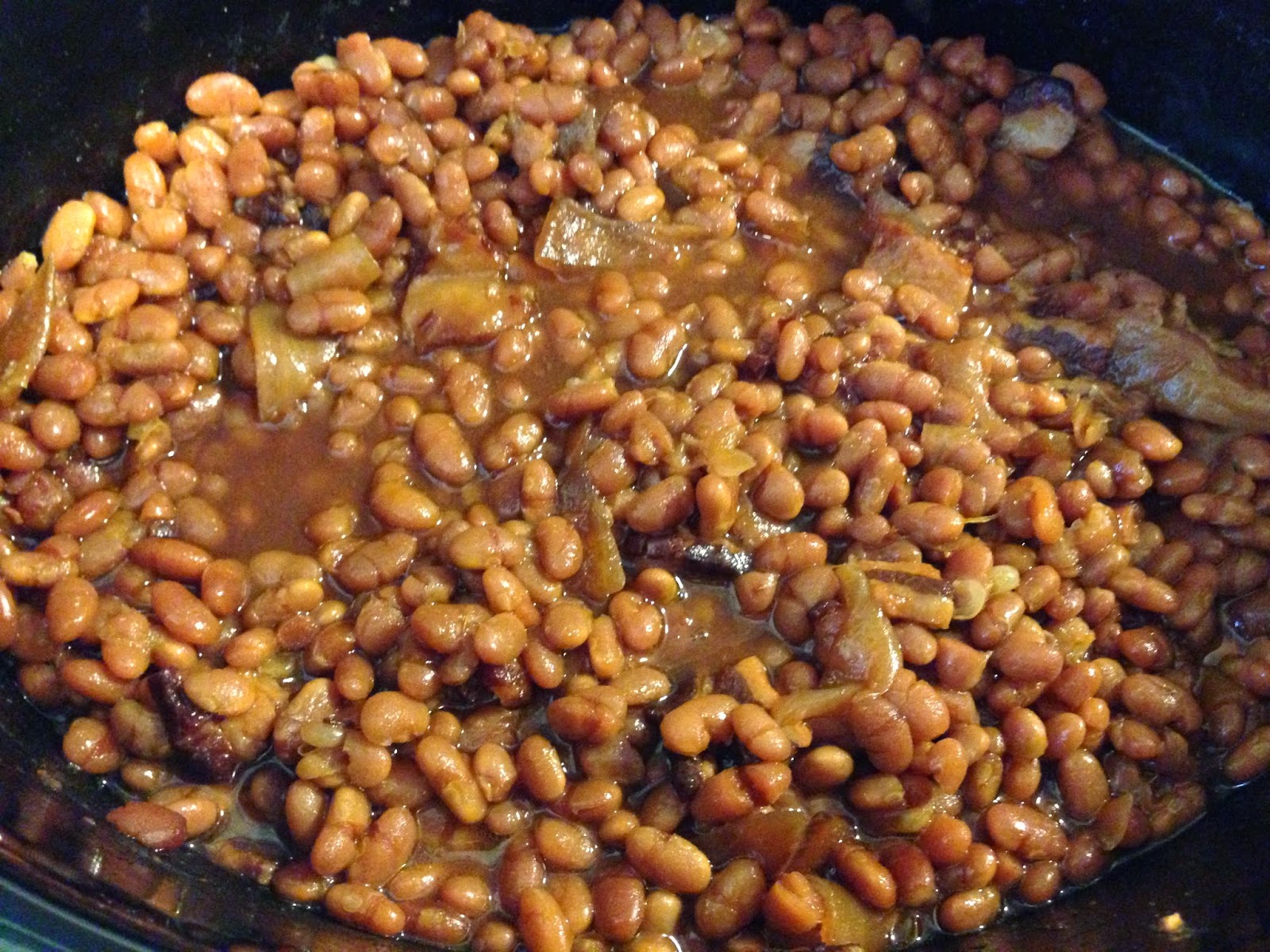 That's right.  Those little suckers, cheaper than chips at a little over a buck a pound and more nutritious than just about anything, stump me every...darned...time.  I've read most of what there is to read on the subject and no matter what I do, they either explode into mush or turn out crunchy in the center after cooking all day long.  Salt, don't salt.  Add a pinch of baking soda.  Pre-soak, or toss them in dry.  Pressure cooker, slow cooker, stove-top.  Doesn't matter...I miss the boat every time.

This is a tragedy, really, because I love me a big 'ole pot of Boston-style baked beans with a summer picnic and opening a can of Bush's or B&M just doesn't satisfy me.  However, I'm pleased to announce that I've finally cracked the code.  This recipe has proven to work for me three times now as I fine-tuned the flavors and I'm happy enough to publish it.

So without further ado...

Choosing Beans - My family has traditionally made these with Navy beans, a small white bean.  Sometimes, they're labeled "small white beans".  However, I've also used pink/light-brown pinto beans and canellini beans with great success.  If you like a larger bean, go with it.  You can even mix them.

The Secret - The secret to perfect baked beans for me turned out to be the "quick soak" method described below.  For some reason I can't explain, an overnight soak just doesn't work for me.  Perhaps it's my water or perhaps I'm not using enough water.  I also have had better luck with beans from the Whole Foods bulk bin than supermarket bagged beans.  I suspect it has to do with the age of the beans.  For whatever reason, the quick soak method levels the playing field and it comes out great.

[EDIT: Since developing this recipe, I've had the quick soak fail on me several times and I've ended-up with gritty beans.  I'm still not exactly sure why, but I suspect our well water's pH might just be too high and depending on where you source your beans, they can be stale or extra-dry.  I now recommend cooking the beans at a simmer on the stove until just tender before putting-together the rest of the recipe in the slow cooker.  I realize that's a little more hands-on than I originally intended, but until I find a better method, that's how we'll keep this.]

1) Sort through the beans, picking-out any rocks, sticks, or any bean that doesn't look good.  Place into a saucepan with enough water to cover by 1-2 inches.

2) Bring beans to a boil.  Boil exactly 2 minutes.  Remove from the heat, cover, and let stand 1 hour.  This is called the "quick soak" method.

3) Drain and rinse the beans.  Add them to your slow cooker.

4) Add the remaining ingredients except for the water to the slow cooker.

5) Add enough water so that it stands 1 to 2 inches above the the beans.

6) Cook covered on low 8 to 12 hours.  Beans should be tender and should have absorbed most of the water, leaving the remaining liquid syrupy.  If all water disappears during cooking, add water a cup at a time.

Note: This can be done on high instead of low heat, though in my experience the results aren't the same.  It will likely still take at least 6+ hours to cook and the beans are more likely to split.  Also, the sauce won't get quite as syrupy as if you'd done them on low.